MEMORY IS OUR HOME - A must read book 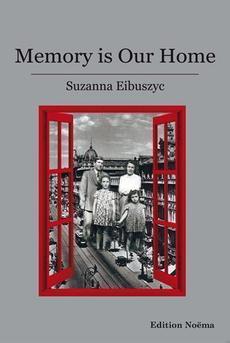 "My book, Memory is Our Home is written with the high school, college age reader in mind and beyond. Memory is Our home, is a rich, living document, a thirty-year account that reveals a vibrant life of Eastern European, twentieth-century Jewish history and culture. Based on my mother’s diary, her writings about Warsaw Poland during the years following WWI, in the interwar period in Warsaw, and the six long years of WWII, and how she was able to survive in Soviet Russia and Uzbekistan. Interwoven with her journals are stories she told to me throughout my life, as well as my own recollections as my family made a new life in the shadows of the Holocaust in Communist Poland after the war and into the late 1960s. By retelling this story I try to shed light on how the Holocaust trauma is transmitted to the next generation, the price my family paid when we said good-bye to the old world and the challenges we faced in America."

You can also order via:
Columbia or orderentry@perseusbooks.com
For bulk sales, from 5 copies up, for teachers or institutions, please email sales rep at Columbia University Press:
Corey Beebe, cb2954@columbia.edu

"MY GRANPARENTS WERE IMPRISONED IN THE GAS CHAMBERS OF AUSCHWITZ. BUT THEY SURVIVED." 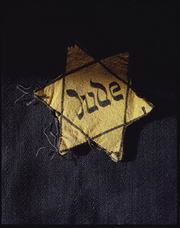 "My grandfather was a German Jew (his father my Great-Grandfather fought for Germany in WW1) came from Worms Germany (he used to say "We considered us German first, Jewish second") Hitler rose to power and suddenly he signed over 400 laws against the Jewish people in Germany the people (their neighbors who my family thought were their friends) turned against them Jewish children (my grandpa and his little sister and brother) were thrown out of their school, they couldn't ride their bikes anywhere they had to walk (my Great-Grandpa was a watch maker he made beautiful watches and was Worms leading expert in fixing ancient clocks some were made as late as the 1500s) he was forced to give up his business.

Then in 1938 Hitler passed gun control laws that made it illegal for Jewish people to own and carry guns. Then in 1940 the SS came for my family (at gun point) forced them out of my ancestral home (that my ancestor built in 1740) they were forced to Bergen-Belsen and then in fall of 1944 were later sent to Auschwitz where my Great-Grandma, my Great-Grandpa, my Great-Great Aunt and Great-Great Uncle and my grandpa's little brother and sister were all murdered on arrival.
My Grandma came from Poland (I think from Gniezno but I'm not sure my Grandparents rarely talked about their lives before/during/after the Holocaust I guess it was too painful to remember) when Hitler invaded Poland her family thought that the Nazis would never do anything to the Jewish people instead the 400 laws were also passed in Poland including gun control laws and gun confiscation as well.

Her family were forced out of their home as well at gun point by the SS and were sent to Warsaw ghetto and then to Auschwitz in 1943 where her family were also murdered as well.
In 1945 when the Russians were inching their way to Auschwitz the German guards received orders to kill everyone who were still in the camp (my grandparents included) they were sent to the gas chamber and right before the zyklon b was released the Russians showed up.
My grandparents (fell in love and married after the Holocaust) got married in 1946 and a few months later my grandma was pregnant with my dad felt that Europe was too dangerous for their family to stay in case another Hitler rose to power decided to move to the USA to start over and settled in Oklahoma. My dad later on went to college were he met and fell in love with my mother.
My Grandpa passed away in 2010 and my Grandma passed away in 2011.

I think its great that UN PONTE per ANNE FRANK wants to make sure that the horrors of the Holocaust are never forgotten."