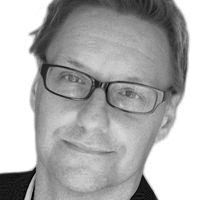 First of all, thank you so much for being here, it's a real honor for me to interview you. Can you tell us more about you (where do you live...)?

Thank you. It’s wonderful to be a part of this. I split my time between Chicago and Palm Springs, CA., and, lately, wherever the winds of fate seem to want to take me. I continue to let go and trust.  I am an author, journalist, cultural moderator and television host/reporter. I am drawn to cover stories on agents of change near and far, arts and culture, film and TV, celebrities, and a number of other enterprising souls trying to make a positive difference in the world. I write for a number of magazines and newspapers, including Huffington Post and San Francisco Examiner, and for a very lengthy tenure, I was Editor and Editorial Director of weekly magazine based in Central California.
﻿You're so many wonderful personalities: an entertainer, a journalist and now also an author. Why did you decide to write Grace Revealed?

I was always very intrigued with the Migut Family Story. My Polish family’s odyssey surviving Stalin’s mass deportations in the 1940s revealed so much to me about their strength and the strength of nearly 2 million Poles who were deported to Siberia and, even after they were freed from labor camps, managed to come out with hope and faith. I was also very inspired by how my family survived the ordeal---what they went through---and how they, like many others, went on to become refugees in faraway lands---Siberia, Southern Russia, The Middle East, India and, eventually, Tanzania, Africa.  I wrote about the odyssey in a newspaper article 10 years and wanted to do more; go deeper into the tale, because suddenly, I was now a part of it.﻿
Grace Revealed has got a very important story to tell, the story of your family. Can you tell us more about it?

The book really chronicles my journey uncovering my Polish family’s journey. I think anybody interested in where they come from; or those who might appreciate a personal journey of self discovery might align with this book. It shines the light on my Polish family’s unique tale of survival; and hints at something much deeper: that what happens before us, tends to live on through us. I take the reader along for a journey --- MINE and MY FAMILY’s. The entire middle section of the book uncovers my family’s tale; the third half of the book uncovers historical information few may know much about---Stalin and Hitler and the fate of all these Polish people who were sent to hard labor and history forgot.  The book concludes with a bit of serendipity and self exploration.
Which is your favorite quote of the book?

A few, actually: “If you are going to go with the FLOW, then for godssake, GO. You can always wax Deepak or Oprah about it afterward.”

“Whenever the doors of our own internal chapel are locked, the best thing we can do is slow down, listen, and wait. Because maybe, just maybe, the things that are truly meant to be will eventually come to us on the fringe of the spiritual boomerangs we bravely tossed up into the stars.”
During Stalin's reign of terror nearly two million Polish citizens have been deported to the Siberian Gulags. This is a part of the Story that not many people know. Why do you think it's important to learn more about it?

For many reasons. For starters, the 75th anniversary of those deportations comes in February 2015. Until now, this part of history has gone grossly under-reported, mainly because when Stalin joined the Allies, few people wanted to bring up his past atrocities.  But over time, these things are now being revealed--- as well as the strength and determination and soulful verve of the Poles who endured Stalin’s wrath.  It’s vitally important that this part of history be known, and not swept under the carpet. By knowing this part of history and honoring it, we give justice to the Poles and the culture and also expose something vital and necessary----the resilience of the human spirit.  And… to also honor the generation that came AFTERWARD; those children of survivors who, perhaps unbeknownst to them, inherited an emotional and psychological legacy that begs for a curious unraveling. 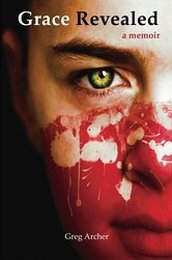 When will your book be published? (Will it also be translated in Italian)?

The book will be released on January 11st. (Official website - Official Trailer) I would love it if it were translated in Italian… the Poles fought in Monte Casino, actually, during the war, and I am currently looking into options for translations.

Please tell us something I didn't ask you. Something more about you, about Grace Revealed, your goals, your motto...

My motto? Get out of your own way.

About me? I tend to follow “signs.”  As in, getting “signs” that lead you along the path. Life can never been void of spiritual goodies.   My goal is complete the next book, called Press One For More Options,  which is another memoir filled with vignettes about my spiritual quest and the search for “home.”
Can you leave a message to the supporters of Bridge to Anne Frank?

Yes. I think in this current era we live in, especially in America, we all seem to be so busy and so wrapped up in Social Media and technology. I think its vital we continue to share stories of historical significance and nuance that illuminate the power of the human spirit and what it is capable of…. That pure radiance within us that can overcome and face ANYthing…. No matter what. That, I feel, is a power much greater than ourselves shining through. I know Anne Frank had that, and I know we all do… it’s there, to varying degress. We have to step aside and allow it to emerge; give it plenty of room to breathe.

Thank you so much for your precious answers and congratulations for wanting to publish such a must-have book. I really think that everyone should read Grace Revealed and its important story, to learn more about our past and to never forget.

REVIEW:
A powerful, haunting, and heartfelt tale about one man's attempt to embrace his Polish family's past, shed light on the forgotten deported Poles of the 1940s, and expose the emotional ripple effects that remain. --Huffington Post

Greg Archer is a cultural moderator, award winning journalist, television host, motivational speaker, and performance artist. His work covering agents of change, history, travel, and the entertainment industry has appeared in The Huffington Post, Oprah Magazine, San Francisco Examiner, The Advocate, Bust, Palm Springs Life, VIA Magazine and a variety of cable television outlets. A four-time recipient of the Best Writer Award in a popular San Francisco Bay Area Reader's Poll, he shines the light on change agents near and far, and other under reported issues in society. In between receiving signs that he is on the right track, he appreciates the time 11:11.