Thank you so much for having accepted to do this interview, it’s a real honor for me. Can you please tell us more about you?
My name is John Warren Neiman. I was born in the year 1953 in Santa Monica, California. My mom Suzy is from West Virginia and my dad Robert
is from New York. My dad fought in World War II in the United States Marine Corps and was a highly decorated war hero. I grew up in Encino, California. I attended Hardin-Simmons University in Abilene, Texas where I earned a Bachelor's and Master's Degree in History. I attended St. John's Seminary in Camarillo, California and was ordained a Roman Catholic Priest on February 1, 1986. Miep and Jan Gies came all the way from  Amsterdam to attend my ordination. I have been serving as an Associate Pastor at various parishes in the Archdiocese of Los Angeles since my ordination.

Which is your favorite quote of The Diary of Anne Frank?
It is hard for me to pick one quote as my favorite, but on of my favorites is the following:
"I want to be useful or bring enjoyment to all people, even those I have never met. I want to go on living even after my death! And that's why I'm so grateful to God for having given me this gift, which I can use to develop myself and to express all that's inside me. When I write I can shake off all
my cares. My sorrow disappears, my spirits are revived! But, and that's a big question, will I ever be able to write something great, will I ever become a journalist or a writer?"
Anne Frank  5 April 1944. 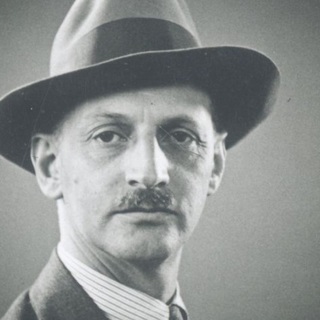 Otto Frank answered to your letter and, in 1976, you visited him in his home in Birsfelden, Switzerland. Surely it was a very touching experience. Can you please tell us more about it?
Otto answered my letter and several other letters after that. He invited to come and visit him if I was ever in Europe. I did have the opportunity to visit him and Fritzi in their home in Birsfelden in June 1976. It was one of the greatest days of my life. We talked for hours, about everything (including his experiences in Auschwitz) and Fritzi made a wonderful lunch for us. Fritzi then told me about her wartime experiences and then Otto and I went for a walk. Otto discussed many things with me and asked me many questions. We became very close friends just in that short period of time. Fritzi also made an excellent dinner and then Otto showed me some of the letters he had received from people all over the world and some of the gifts that had been sent to him (including a drawing of Anne sent to him by someone in California who later became one of my best friends).
The highlight for me was getting to see the actual Diary. Otto had it in the house because he was going to be interviewed by Dutch television the next day, so I received an extra special blessing. I found Otto and Fritzi to be very warm, welcoming and the very essence of goodness and love.
I felt like I had known them all my life!

Otto Frank became one of your dearest friends. How knowing him has and continues to have an influence in your life?
Otto was truly one of my dearest friends and has had and continues to have a deep and lasting impact on my life. First of all I continue to beinspired by his goodness, his love of people, his firm belief in the dignity and equality of ALL people and his overall character. After all the terrible suffering he endured in his life he was not bitter or angry. He continued to believe in the goodness of people (as did Anne) and he continued to work for the good of all people.When I visited Otto in January 1979 in London I was in the process of making a decision to become a Catholic priest. Otto said something to me that changed my life. We were talking and I was saying how much I admired Anne and he stopped me in mid-sentence and said: "It is wonderful that you love Anne and try to honor her. If you really want to honor Anne and all those who died in the Holocaust you need to do what Anne wanted to do: you must live your life doing good for other people." It was at that moment that I knew I was being called by God to the Priesthood and that is how I would fulfill Otto's admonition to me. I have been a priest now for almost 29 years and there is not a day that goes by that I don't think of Otto and all he gave me.

During your meetings with Otto, did he also talked about Anne? If yes, what did he mostly said about her?
During my visits with Otto we did talk quite a bit about Anne. He always reminded me that he really did not know the depths of her feelings, faith and thoughts until he read the Diary. He always talked about how the good relationship he had with Anne and that she was loving, kind and very curious about everything.

You also had the amazing opportunity to know Miep Gies, Frank’s secretary, who helped hide the Frank family. (Miep Gies is the one who found Anne’s diary after the family was arrested). Can you tell us more about her?
I first met Miep Gies in April 1980 in Amsterdam and we quickly became good friends. I knew her for 30 years and had the great honor of being at the private family celebration of her 100th birthday on February 15, 2009. Miep was kind, courageous, warm, and she had a great sense of humor. She was a person of great dignity and cared deeply about the sufferings of other people. To me she was a saint....the very essence of what it means to be a loving and caring human being and putting the needs of others ahead of yourself.
Miep and Jan came all the way from Amsterdam to attend my ordination to the priesthood in Encino, California on February 1, 1986. I visited her many times in the Netherlands over the years and we always had a great time together. She has (and continues to have ) a profound influence on my life. She is a great inspiration, a great role model and a great friend. Even she did not the title, she is a HERO in the fullest sense of he word.
She is a perfect example that one person can stand up to the greatest evil and make a big difference.

Has your relationship with God been strengthened by Anne examples, her faith and her belief in the goodness of people?
My relationship with God has certainly been strengthened by Anne's example of faith, hope and love. She continued to believe in God and in the goodness of people even under the most difficult circumstances. She truly believed that peace and harmony was possible for all the people of the world and she wanted to devote her life to achieving that goal. The fact that she maintained that faith in the most horrible of circumstances is a tremendous source of inspiration and hope.

You also held Anne’s actual diary. How did it happen and how did you feel when you touched it for the first time?
I did have the unbelievable honor of holding Anne's diary. Mr. Frank always kept the Diary in a safety deposit box in a bank. The day after my visit a crew from Dutch television was scheduled to come to his home for an early interview. The interview was going to be quite early so Otto went to the bank the day before. It was a wonderful coincidence for me. I can hardly find words to describe what it was like to hold the actual Diary. It was amazing, emotional, tender and sad all at the same time (sad because I could not help but think about Anne and Bergen-Belsen).
Otto waited until after dinner just before I was due to leave and return to my hotel. As Fritzi joyfully commented: "today is your lucky day!” I still find it absolutely amazing that this small Diary has and continues to have such a big impact all over the world.

I really admire you and your need to keep talking about the Franks and about your beautiful friendship with Otto. You also have a collection of the Holocaust and Frank family memorabilia. What does your collection includes?
I have acquired many letters, documents, photos and artifacts relating to Anne, the Netherlands under Nazi occupation and the liberation. I have an authentic yellow star with the word JOOD on it. It was actually worn by a Dutch Jew during the war (you can still see the threads around the edges where it was sown on to a piece of clothing). I have posters from the liberation in 1945, I have my letters from Otto Frank, Fritzi Frank and Miep Gies. I have a set of photos taken by one of the British soldiers who liberated Bergen-Belsen on April 15, 1945. I have some ration cards used during the war in Holland as well as many photos and reprints of historical documents.

Can you leave a message to all the supporters of our charity?
Anne in her Diary reminds all of us that the human spirit is divine and cannot be killed. She stands as a powerful witness to what the consequences of hatred and evil can do. She also stands as a powerful witness to faith, hope and love. She reminds us that we are all called to care for each other and to safeguard the dignity of EVERY human being. Her voice is a voice of genuine tolerance, peace, faith and loving service.
Her Dairy is a living testament to the fact that even in the face of the most vicious evil, the power of good is stronger. She gives us hope and encourages us to always be the very best we can be.

Thank you so much for your precious answers and for your kindness. It has been a real pleasure for me to interview you.